“I bought my trumpet when I was in the second grade in middle school. I tried making money by delivering newspapers, but I ended up quitting only after two months. By then, I had saved only 5,000 yen. Eventually, my mother gave me a huge sum of 60,000 yen. I was beyond myself when I first saw my own brand new trumpet enclosed in a white styrofoam container. I still remember sleeping with it next to my pillow while waiting for its separately-sold case to come. I got up from my bed and started cleaning the instrument. I detached the piston and applied some valve oil and wiped it with a new towel. It’s plating is flaking off, and it has small scratches here and there, but it still has its own unique oily smell and is imbued with five years of memories”
Kazufumi Kodama “Still Echo: The Quiet Sound”

Created to celebrate Beams’ 40th anniversary, the music video “Tokyo Culture Story” showcases the history of Tokyo’s fashion style including performances by various musicians that represented their respective times. It features Kazufumi Kodama in its section on 1983, specifically in the live scene showing a live performance of the dub band “Mute Beat” as illustrated by the manga artist Kyoko Okazaki in the culminate scene of her work, “Tokyo Girls Bravo”, which shows Tokyo’s subculture during the early ‘80s. Okazaki’s comment on Kodama’s performance is a much well-known remark. The sharp yet somber tones played by his trumpet would often remind the readers of the loneliness of the city-dwellers who live at the forefront of the times. However, Kodama’s light-hearted essays, his recent tweets, and his solo live performance entitled, “Everyday Life DUB”, as part of his current band, Kodama and the Dub Station, harbor a noticeable warmth and suggest his closeness to the everyday lives of people around him who live in the city. We asked Kodama, aged 61, what he thought about his partner—his trumpet. 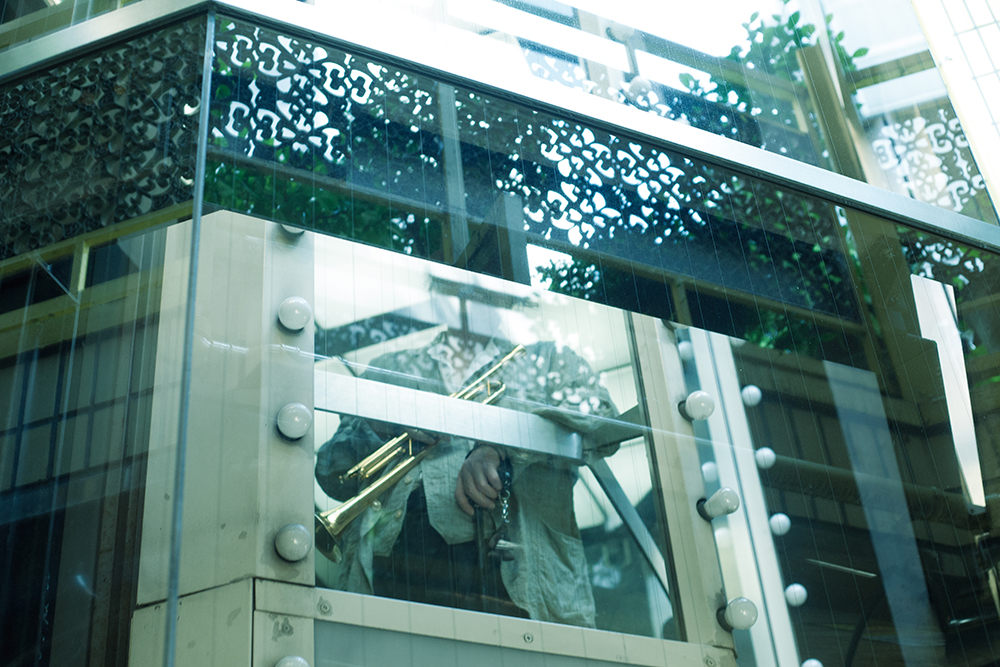 When did you start using this trumpet?

I’m not so sure… it was around when I started Mute Beat, so…

Wow, that long ago?

That’s right. After all, it’s not something you replace every year or two.

But brass instruments tend to get dents and become rusty.

That’s why I take care of it every day, and take it to the repair shop when I need to.

Mute Beat started in 1982, so you have been using the trumpet for over 30 years.

Is that common among trumpeters?

No, I think people who like instruments usually keep changing their instrument. I have one that I bought 30 years ago as well as another one, which is the exact same model, that I bought about 10 years after performing in the band. I switch between them.

Not many. Since they are made from metal, it corrodes with time. Even though I’m taking good care of it, I doubt that another person would be able to use it after I die, unlike a violin.

By the way, do you still remember the shop where you bought this trumpet?

I do. In fact, I take it there for repairs and other stuff. It’s the brass instrument shop in Shin-Okubo. The town is packed with brass instrument shops, whose inventories range from popular products to mania goods. Some shops only do repairs, too. I noticed that we keep talking about the instrument [laughs]. Could we talk about something else? I’m not very fond of my instrument, to be honest.

But you are always with it.

That’s why I’d like to become more fond of it, too. One of the reasons I dislike it is because it’s made of metal. No matter how much I use it, it doesn’t develop its own unique feeling. All I see is the plating flaking off. Although I’m a musician, I have no attachment to it. 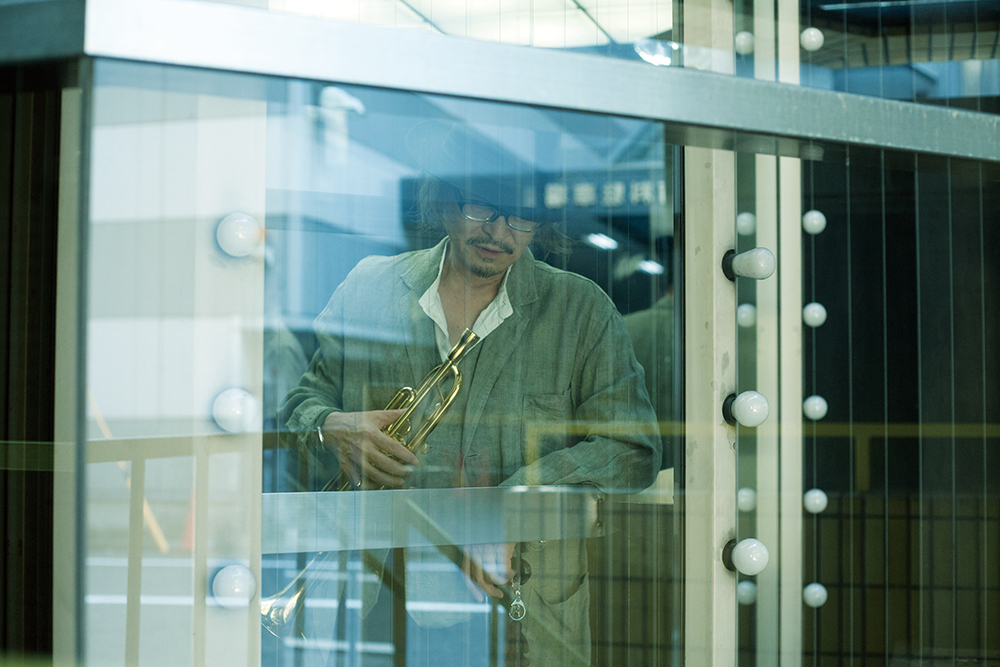 Could it be that you’ve been able to use it for 30 years precisely because you’re not attached to it? Maybe it was something you don’t want to bother replacing, and you just realized that you had been using it for 30 years.

Well [thinks for a while]… I want to use the things that I’m already used to.

I heard you enjoy cooking. Perhaps you feel closer to the kitchen knife you use?

They are similar in a way, I guess. They’re both made of metal.

So, for a long time, you’ve been talking about how you were “old”. Now you’re 61. Do you feel as though your age has finally caught up with your thoughts?

To be honest, it’s the opposite. I feel like the gap between my thoughts and my age has only been widening with time. My childish senses are still with me without changing. And yet, all physical, organic beings deteriorate with time. In reality, I am aging. Still, in my mind, instead of having stayed young, I see myself as not having matured much. It feels weird, to know how my thoughts haven’t changed even after all these years. More than often, I find myself left in shock by the disparity.

Not having grown despite having aged sounds like how you described your own trumpet. By the way, is there a life span for this instrument?

It should. It is degrading every day. A trumpet has three valves in its central part. That part is like the engine of a car, and it’s extremely difficult to fix when it breaks. Despite all that, I have been using mine for 30 years … and now we’re talking about the instrument again [laughs].

It’s an interview about your “partner”, after all.

Does calling your trumpet your “partner” not register with you very well?

Partner, eh? I’m married, so my wife is also my partner. But if you were to ask me who my real partner is, I’ll say it’s my other self. I have another self that always looks at myself. It sees me while I’m performing, as well as while I’m going about my daily routine. I think he is my true partner.

What about when you’re done practicing?

Most of the time, I just rest. I just don’t feel like doing anything after practicing. Sometimes I fall asleep. It’s a bit too early to start drinking. After resting up, I think about what to eat, or something like that. If I don’t have the ingredients, I go buy them. After I’m done with my regular practice, I feel like I’ve achieved something for the day. That’s how I spend my days, one after another. 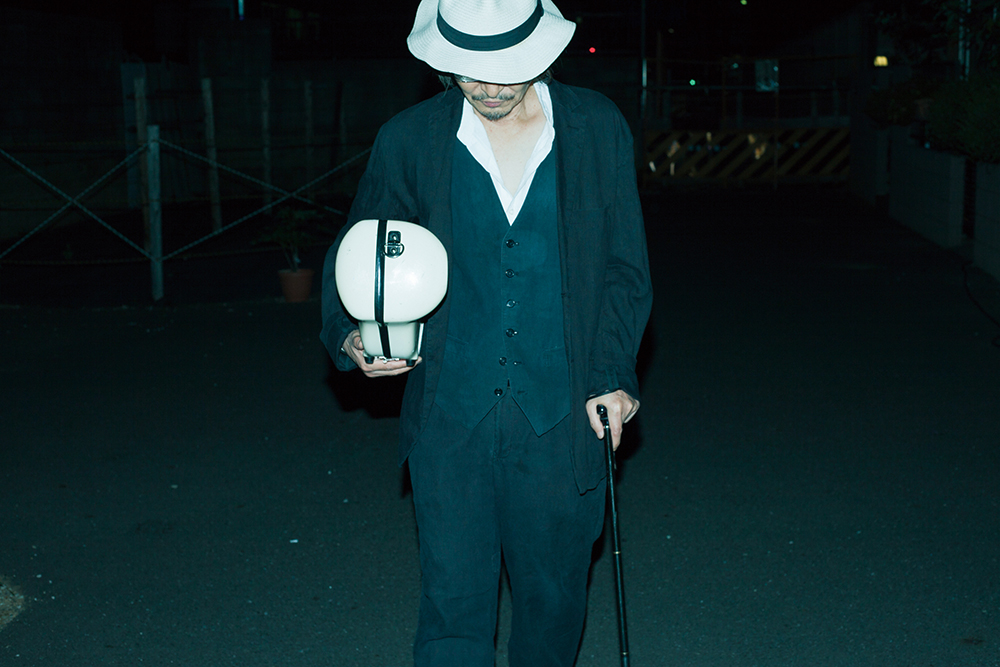