There have been a number of instances recently in which major label artists have been judged harshly on their musicianship when the liner notes or, more likely, wikipedia, reveal that there were other writers on their records. Our favourite singer didn’t create this entire body of work in solitary confinement?! We’ve been had! Cheated! Scammed! The casual music fan might also be surprised to learn that not even Billie Holiday wrote her own songs, that neither did Frank Sinatra, or even Elvis, and that accusations of inadequate artistry come from a naive place. Singers – particularly in the pop world – have been working with songwriters for a long, long time. And just as designers work with pattern cutters and actors aren’t expected to write their own scripts, bringing together many minds and skills results in the kind of successes that likely wouldn’t and couldn’t have happened otherwise.

Charli XCX adopted her MSN screen name when she started writing music in her early teens. Fast forward to 20 and her career had well and truly moved from myspace to studio space, and, as well as a couple of her own mixtapes, she penned Icona Pop’s chart-topping single, I Love It. With her electro-bubblegum pop sound and killer hooks, at just 24 she has gone on to relocate from London to L.A. and write for the likes of Selena Gomez and Iggy Azalea. With her own record label, Vroom Vroom, and a forthcoming album produced by BloodPop, Stargate and PC Music stalwarts AG Cook and SOPHIE that is guaranteed to take over the world, Charli is without a doubt one of the most talented young popstars we’ve got.

But that’s not to say that she chooses to write alone. Knowing the importance and benefits of collaboration, Charli has found a special kind of teammate in 29-year-old Swedish artist and songwriter Noonie Bao. Aside from becoming best friends, together they’ve written a significant chunk of Charli’s discography and an impressive amount of music for others, including the new MØ single, Drum. Curious to hear their take on the great credits debate, we Skyped the dynamic duo on the day of the arguably more important first US presidential debate.. 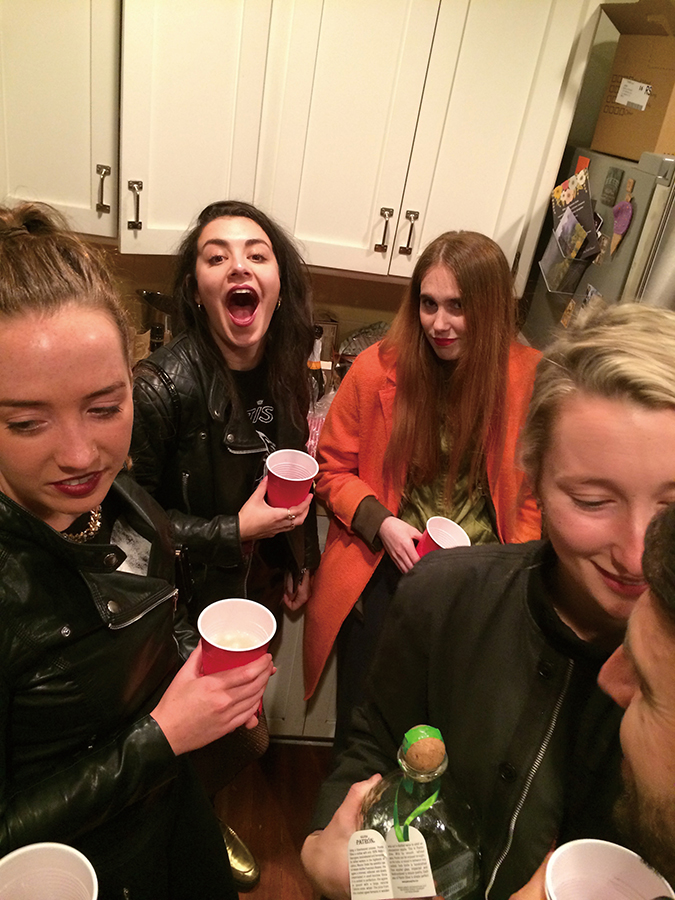 Hi you two. Let’s start at the beginning. How did you first meet?

Charli:  We were both in London and someone had organised a session for us – I guess your publisher and my A&R – and neither of us really wanted to go.

Noonie:  I was so tired.

Charli:  And I was gonna cancel. At that point I wasn’t really down to work with new people. I felt like I’d established my group and I wasn’t sure about this new girl… and I think Noonie probably felt the same. But we went, had a really great session, and have worked together ever since! It was lucky, because we so nearly bailed on each other and might never have worked together.

What would you say the typical popstar/songwriter relationship is like?

Charli:  It depends because some popstars write a lot of stuff, and so their relationships are probably like ours. But I know of a lot of people who don’t write, but have frequent collaborators who play them songs and they see if it relates to their life… and if the artist feels a connection to it then maybe they’ll take the song. I think both ways work. We’ve definitely done it the other way when we’ve written for other artists, but Noonie, I think when you work with me or Carly Rae, it feels like you’re both writing; you’re not just pitching an idea, right?

Noonie:  Yeah, exactly. I feel like so many pop stars are writing nowadays. Everyone is so good.

And what makes your working relationship so special?

Charli:  Me and Noonie have worked together so much now that I actually think it must be quite intimidating for other people when we write together, because we’re so weird in the studio. Sometimes we just pace around the room. We know when to be in each other’s space and when not to be; we understand when the other person is having a moment. It can be quite intense.

Is writing together always easier than writing alone?

Charli:  I love bouncing off someone else. It’s just more fun. Alone, there’s so much pressure and I always doubt myself.

When you’re writing for another artist, do you put as much of your own experience and emotions into it?

Charli:  I don’t really put my emotions into my songs, which sounds terrible. In fact, one thing me and Noonie don’t do when writing is ask, ‘What’s happening in your life? Tell me what happened today?’

Noonie:  Whatever happens, happens. The words and melodies come naturally so you can’t really overthink things.

It’s probably just initially a bit of a shock when people discover that their favourite artists aren’t just sitting alone in their room writing hits straight into their diaries.

Charli:  Exactly. When Beyonce or Rihanna sing something, no matter who’s written on the song, it comes from them and you apply to to their lives. When Rihanna sings Diamonds, I don’t care that Sia wrote it, because I believe in what Rihanna is singing, you know? And I think that’s the sign of a good popstar, that you don’t think about that shit, you just buy into it and believe it.

That makes a lot of sense. Back to you two now: how important is it to have a friendship outside of the studio when you’re working together so intensely and so often?

Charli:  The thing is, it never really feels like work. We’re still really fucking unprofessional. For a while we were living together too. Noonie got this place a couple of weeks ago but before then we were both living at mine. Being a musician and a songwriter isn’t like going to work. Sometimes we just decide to do nothing that day but get to 11pm and start writing something for fun.