Cav Empt roared to life in 2011, but only recently opened their brand’s first flagship store in Aoyama, Minato Ward in October 2016. They regularly holding events, and for the creators of Cav Empt, who are forming a unique culture with Tokyo at its heart, there are no clear titles. Ideas are gradually born from the conversations that fly about in their one-floor atelier located in Sendagaya—it’s a so-called “chance operation.” In other words, there are no such things as plans or seasonal themes, and the creations of this free (and in a sense, irresponsible) environment produce the cool outlook of Cav Empt.

The driving force of Cav Empt are Skate Thing, Toby Feltwell, and Yutaka Hishiyama—people of differing backgrounds. However, these three individuals are so well balanced that it feels like Cav Empt would cease to exist with even one of them gone. The first is Skate Thing. He is an active graphic designer who created the logo for A Bathing Ape, provided graphics for Supreme, and cannot be overlooked when discussing the graphic design history of Japan. The second, Toby Feltwell, is from the U.K. He has launched a record label and holds qualifications to practice international law. Outside of Cav Empt, he performs consulting for countless brands and artists. Last is Yutaka Hishiyama. He tends to hide in the shadows of Skate Thing and Toby, but Hishiyama shoulders a very important role. That is because he is the only one of the three with training in clothing and experience in making patterns. He has also worked in a secondhand bookstore and is interested in printed works, especially magazines. Thus, he is quite well versed in culture and has a wealth of knowledge and ideas. This dialogue occurred about one month prior to the opening of the Aoyama store.

The chitchat began in a cafe near the atelier while drinking beer. In the end, Skate Thing said, “To do what you want, it’s important to lack responsibility. So doing this with three people suits me.” 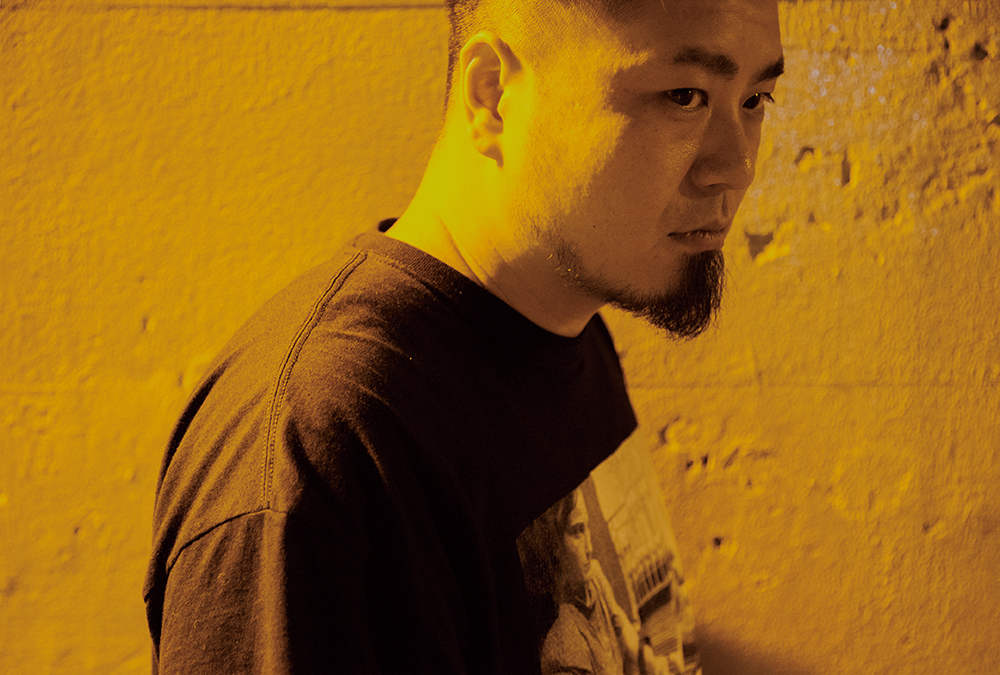 Among the three members of Cav Empt, I don’t know Mr. Hishiyama’s background very well, so I’d like to start there. You knew these two from when you were at Billionaire Boys Club? [A brand begun by NIGO and Pharrell Williams in 2003. “BBC” hereafter.]

Yutaka:  Right, after I entered BBC. Of course, I knew their names before that, but…

What was your first career, Mr. Hishiyama?

Yutaka:  After I left the Bunka Fashion College in the ‘90s, I worked as an assistant, then I worked a bit for a brand called Sarcastic and whatnot, worked at a bookstore for a while … it’s not really that interesting of a career. There’s not much to say about it.

Toby:  Hishiyama is the only one at Cav Empt who comes from fashion.

Yutaka: For sure, I’m the only one who has drawn up patterns.

Did you have any intentions to make your own brand?

Yutaka:  None. Why did we start Cav Empt?

Toby:  Something like everyone personally wanting to do it…

Yutaka:  Yeah, I wasn’t thinking that.

Toby:  I totally didn’t want to. There was no helping it. 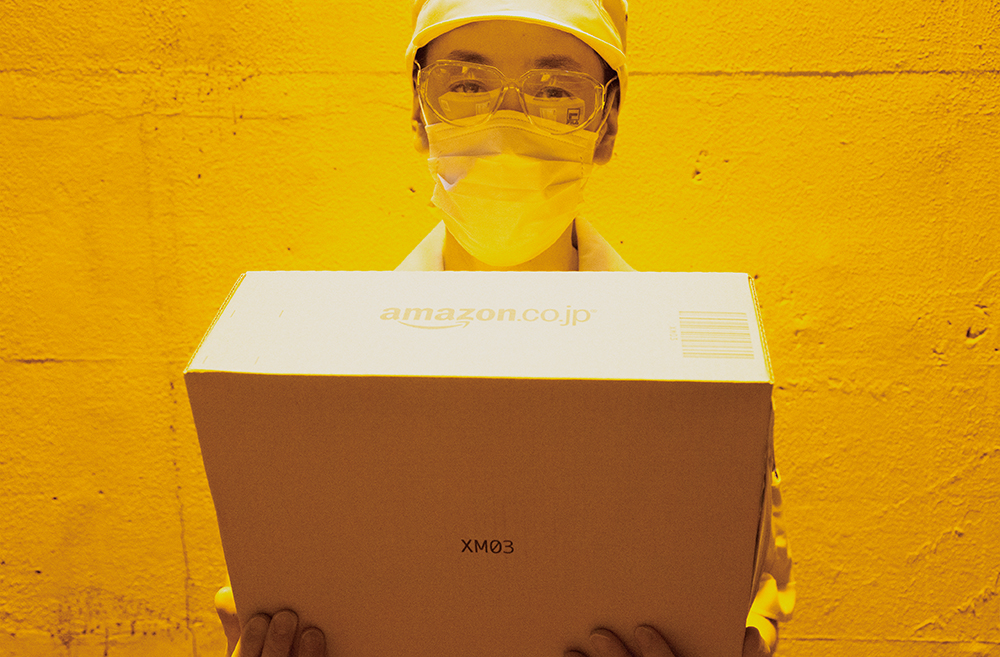 Yutaka:  At BBC, Pharrell and NIGO had an idea for “this kind of thing,” and Toby was the one who mainly took it from there to make clothes and a collection. It was a pretty abstract idea, and the process of turning it into clothing somehow—saying, “Ah, it’s turning out like this,” was interesting. When BBC was closing in Japan, I remember thinking that losing that process would be a waste, that I wanted to try and do a little more. Our company was registered in July 2011, and I think the one T-shirt design we made before that was about two months after the Tohoku earthquake.

Toby:  Right. A Bathing Ape was bought out, BBC ended, and there was a brief period where a lot happened “because of the earthquake.” I think it may have started with that.

Skate Thing:  It was incredibly fast.

Toby:  We were already talking with determination then, drinking German beer.

Skate Thing:  It was basically an idea thought up while drinking beer.

In the process of making clothes at C.E., first Mr. Toby tosses something out to Skate Thing?

Skate Thing:  There are times like that too … Other times, Toby throws something out, then he and Hishiyama do it. It’s completely mixed up. There’s no set way of doing things.

Yutaka:  Because we’re all the type of person who figures once the format’s decided, there’s no point in repeating it. “We did that before,” and the process changes. On the contrary, if something is the same, we feel anxious.

Skate Thing:  We forget a lot, you see. These kinda rough plans.

Toby:  It’s best if we complete things offhand without really understanding, but it’s close to that. “Oh, it seems done now.”

Skate Thing:  We’re able to make things without knowing whether we can. We go on making it without knowing, and I think that seems good. In a way, it’s irresponsible. Sometimes we go, “Woah!” All surprised.

Skate Thing:  There are a lot of times when I look at a picture by an incredible artist, draw a copy, and get disappointed. “What the—it’s total crap!” It feels kinda like that every time. I get shocked at my lack of technique. But I forget about it and start wanting to try it again. 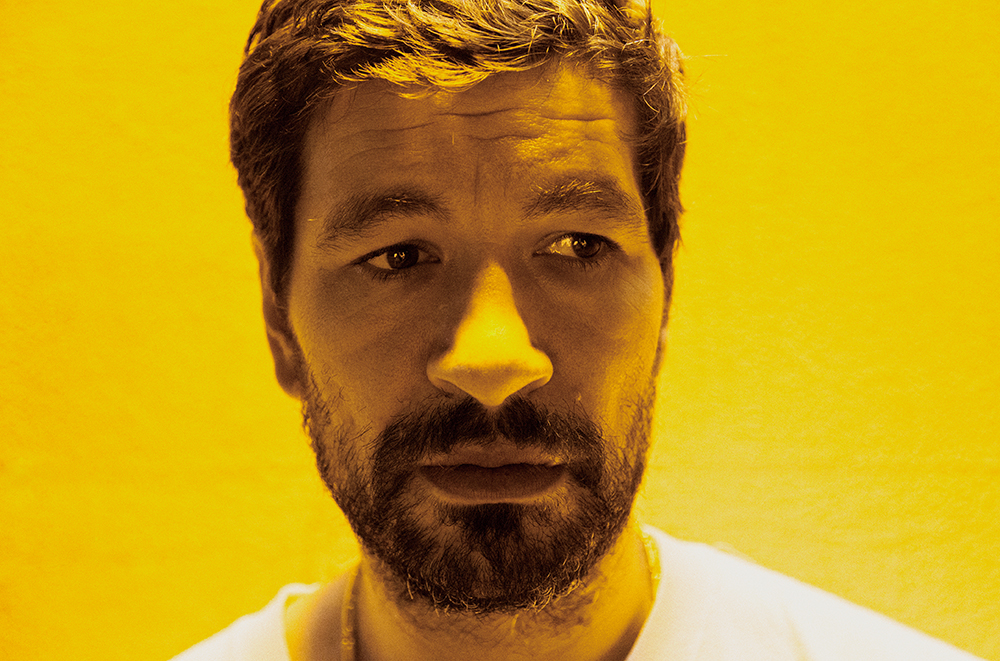 Was the first vision you had for Cav Empt, “a sense of coincidence”?

Toby:  At that time, we felt more like the thing called Cav Empt could be found somewhere if we looked for it. That it wasn’t a thing we made, but a kind of thing that would emerge if we searched. At first, I think it was very important to find patterns that would produce unexpected connections. ”The message is somewhere.”

Yutaka:  That was our original vision, but there was a sketch of a somewhat thoughtful woman, kind of like the precogs who predict the future in Philip K. Dick’s novel “The Minority Report”. When we asked ourselves what kind of movie would have that sort of pose, we finally arrived at Italian Giallo films [suspenseful B-movies].

Toby:  I had an image of the kind of picture I wanted Shin to draw, but I couldn’t sketch it very well. So I figured that if I looked around, I could find an actual photo that was just right. At first, I thought that kind of pose could be found in Hitchcock films and we watched a good number of them, but nothing was quite right. Then I thought, this is more of a terrible acting kinda thing …“Ah! B-movies.” Giallo. That was the base, and then I had Skate Thing draw it.

Toby:  You forgot? (laughs) To be precise, it wasn’t Giallo, but it was B-movies. The Spanish director Jesús Franco, the actress Marisa Mell, and so on.

Skate Thing:  We did a lot of digging in that area. We were always watching them. So much that we didn’t know when we watched what.

And then Skate Thing drew a picture, and the image was solidified?

Toby:  Right, if you have only one image at first, that’s fine. It seems like you took the name Cav Empt from the Philip K. Dick novel “Ubik”?

Toby:  I bought a Kindle, and I hadn’t been reading for a while before that, so I decided to start with simple books. “Alright, why not read Dick.”

Skate Thing:  You said he was surprisingly good.

Toby:  I got really into reading, gradually moved into difficult books, and finally ended up with books I couldn’t finish. I would get sleepy after about two pages, by someone like Lacan.

Skate Thing:  ‘Cause that genre of difficult books comes up, doesn’t it. In conversation with people sometimes.

Toby:  I want to read them, but it’s impossible. So they’re just right for airplanes, because if I bring Lacan I instantly fall asleep.

Skate Thing:  Good to leave on a plane. One book per seat. Lacan.

Did Toby’s reading phase infect the other two?

Skate Thing:  It does have an effect, doesn’t it.

Yutaka:  The ones he said were interesting, that I could read.

Toby:  You were buying him, yeah? Bataille.

Yutaka:  Right, right, because I’d only read famous ones like “Story of the Eye.” Once I tried them, they really were interesting. Stories about sort of structuralist societies, general economy, written in pop style. I think that was “The Accursed Share.”

Toby:  I still haven’t read part two. Part one is quite snappy. Fundamentally, Bataille isn’t a philosopher, so.

Yutaka:  He’s a pop kind of person, making secret societies and all.

Toby:  And he’s sorta SM. Well, this stuff has nothing to do with anything, does it. [laughs] I love reading, but I often have a pattern of reaching an end zone, stopping, and not reading for a while. I read Dick as a child and had an image of his writing as interesting sci-fi for children, but when I read him as an adult I found a world that was too big, and it gave me a mysterious feeling. It was a quite Dicky feeling.

Skate Thing:  So that kinda thing has an effect on us.